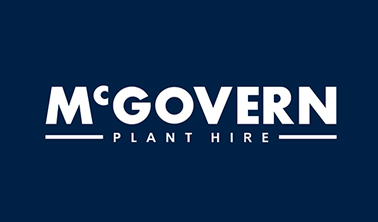 There are 3 proposals for a new runway in the South of England: 2 for Heathrow and 1 for Gatwick.

An economic injection of up to £214bn could be the result if Heathrow gains a new runway. Compare this to anywhere between £42bn and £127bn, which is what the Airport Commission predicts for a Gatwick expansion. There’s no doubt that millions of £s in job opportunities will be created, for the construction industry alone, regardless of which proposal is selected. But which one would you prefer to work on?

Not only is Heathrow one of the world’s busiest airports but it’s also the UK’s largest, with over 67 million passengers passing through it in 2014 alone. Heathrow is also responsible for 25% of the UK’s trade exports (by value) and is being pushed to its current maximum capacity. Expansion will significantly increase capacity, which should make exporting products easier and faster for many UK businesses.

Heathrow is gaining support from countless UK organisations, including 40,000 businesses and even other UK airports. This is because it will allow the UK to benefit from global growth. This is not just true for the aviation industry but also for others, such as travel and tourism.

These airport construction proposals will also provide £800m in road and rail connection improvements. This provides additional job opportunities for construction contractors that wish to be a part of the major project. The M25 is just one example as it will need to be diverted to go under the proposed runway

Gatwick’s argument is that as the world’s most efficient single runway airport, it will best utilise an additional runway. The airport constructions proposed for Gatwick will also produce a lasting benefit for the UK economy.

With a reputation of consistently meeting noise and air pollution, Gatwick do have a strong environmental case. Could this be the reason why Gatwick is able to compete against Heathrow or will it possibly be the deciding factor that gains Gatwick an additional runway?

Infrastructure building & construction work, as you well know, is difficult to quote for. It’s because of this that the Airport Commission’s suggested that each project should have a cost buffer of 40-50%. All three proposals were originally quoted with a 20% contingency budget, which significantly distorted the project costs of each proposal.

The proposal for a new runway at Heathrow was quoted at a cost of £14.8bn, which the Airport Commission increased to £18.6 when they reviewed the proposal. This is a massive £4bn difference.

Heathrow Hub’s quote to expand and split the existing Northern runway was also off, by nearly £3.5bn. The Airport Commission revised the original £10bn to almost £3.5bn more at £13.5bn.

The Gatwick airport construction proposal comes in at a lower cost compared to both Heathrow plans and claims to not rely on any of the taxpayer’s money. The initial cost projection was £7.4bn, but the Airport Commission increased this, by just less than £2bn, to a total of £9.3bn.

Any UK construction company that’s eager enough will have a wealth of contracts available from any of the three proposals. Billions of £s worth of contracts will be up for grabs over the next 20 or more years. Because of the resulting infrastructure and investment opportunities, even more construction jobs will be available for UK contractors

Which airport construction proposal do you support? Share your voice here: Click here to view the consultation response form.

H. McGovern’s Role in the Future of UK Air Travel

For more than 15 years, construction companies have been relying on us for plant hire solutions in some of the busiest airport sites in the UK. Airport-based job sites require specific administrative & security requirements exclusive to the aviation industry. We have a reputation amongst a wide network of UK airports for delivering plant hire solutions that surpass all requirements.

The opportunities are there, it’s up to you to take them. When you do and you win that contract, we’ll have the expertise in airport specific plant operations to help you. With 24/7 support as well as our experience, you’ll be equipped to outshine any of your competitors.

We ensure our operators are fully vetted and hold full airside security passes. This means that they can freely operate onsite and complete necessary tasks that others may be restricted from. This will reduce disruptions and allow you to meet your deadline. We also perform strict checks on our entire plant fleet, as well as our operatives, to ensure we consistently exceed all industry standards.

« A Few Pictures From Air-Side
Welcome To the New H.McGovern & Son Site »